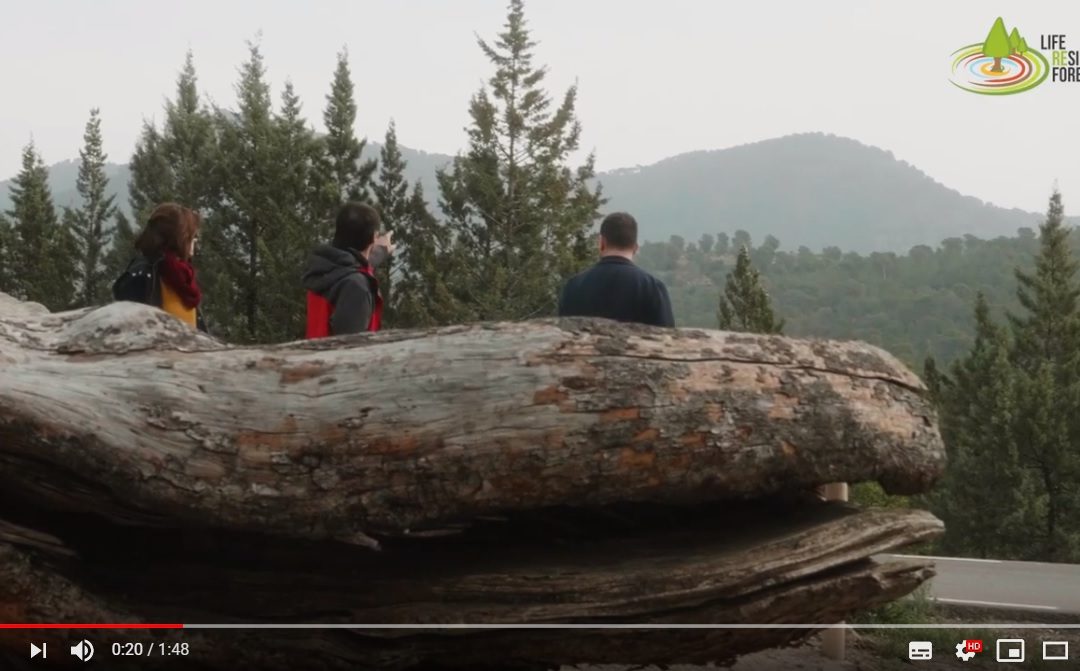 This is the third of a series of videos filmed in March 2019, during a trip across the Parque Natural de La Sierra Calderona, In these videos IIAMA researchers María González Sanchis and Antonio Del Campo, guide us across the Parc, showing the effects of recurring droughts and pests occurring to the local forests when they are not managed and how a sustainable management of forest resources can help to increase their resilience.

In this Episode – The Big Old Tree

Climate change is here and now, and its effects are already tangible in our daily life. “El Pi de La Bassa” was maybe the oldest tree in the park, which had witnessed the history of Spain in this region for over 200 years. The long and intense drought of 2014 severely stressed the tree, which was then attacked by the pine beetle and thus became weaker and weaker. After several attempts to save it by the parc administration, a windstorm fell the tree in 2016. Today this negative process is occurring also in other forest ecosystems nearby, as well as in many other Mediterranean areas. Over the years, forests are becoming weaker and less resilient to disturbances of the environmental conditions. Many forestry experts agree that a sustainable forest management system must be implemented as soon as possible, to make forests more resilient to climate change before it’s too late.

The effects of climate change on forest ecosystems are becoming more and more evident around the world. Climate change is increasing droughts in many parts of Europe and is making forests ecosystems less resilient to disturbances. This severely affects the availability of water resources for both urban populations and for agriculture. During the last 30 years, the total area affected by water scarcity and droughts doubled in the EU, causing economic losses for 100 billion Euro. Coordinated by Universitat Politecnica de Valencia, the LIFE RESILIENT FORESTS project promotes a forest management approach at the watershed scale to improve forests resilience to wildfires, water scarcity, and other effects induced by climate change.